Fashion, Art & Culture: A Child of the Jago 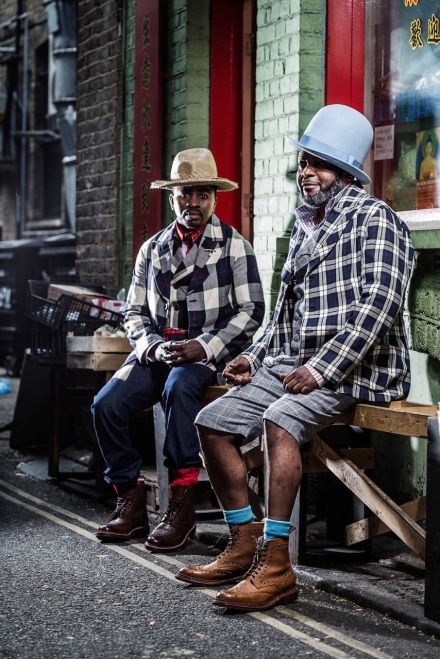 A Child of the Jago SS15 Shoot, Soho 2015 Photo by Ki Price Words by Ray Kinsella

In an age where rampant consumer capitalism attempts to colonize our minds, bodies and our souls with mass-produced transitory objects, Joe Corré’s creative project A Child of the Jago is a liberating symbol of unrestrained autonomy.

Inspired by Arthur Morrison’s 1896 novel, A Child of the Jago – which depicts a Shoreditch slum –   designer and social activist Corré recreates the themes of the narrative and integrates them into his clothing brand.

The concept is subversive: the clothes are designed and created independently in London, and the models used on shoots vary in height, proportion, social class, race and ethnicity bringing diversity to the homogenous fashion industry.

Corre’s SS15 collection blurs the boundaries between history and modernity and fiction and reality – the styles worn by the underclasses during late Victorian London are reimagined and assume a contemporary spin. A Child of the Jago uses archaic fabrics such as tweed, moleskin and wax cottons which are weaved in British mills.

The SS15 project also explores the relationship between Space, fashion, culture, and identity while rejecting corporate plans to redevelop a significant part of British heritage – we shot the collection on location in Soho amidst many of the area’s historic landmarks. Madame Jojo’s, the beloved nightclub was closed last winter after an incident involving a reveler and a bouncer. But the occurrence served as a diversion from the bigger picture – plans to demolish the building were already underway as Soho Estates are set to regenerate the area.

Walkers Court, the alley that leads from Brewer Street to Berwick Street is also under siege by the developers. The few sex shops that line the alley have been a part of British culture for many years. Not only will independent livelihoods become extinct, but also the millions of tourists who visit ‘sex alley’ each year will no longer be able to experience traditional Soho.

Photographer, Ki Price loved the project: ‘It was exiting working on this shoot, especially as I love what Jago and Westwood represent. Subculture is an important part of my life so shooting in Soho is great. The set was incredible but we had so much to shoot in 12 hours.’ 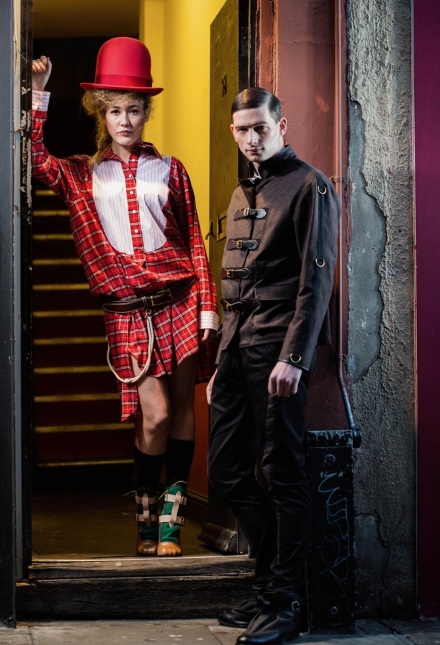 The mélange of people involved in the project was representative of London’s diverse cultures, and the atmosphere was magnetic. We covered conversations from the influence of Windrush era black migration on British subcultures, to the innovative, unconventional ways of creating film and producing music – all beneath the subversive sounds of Patti Smith, Tess Parks, The Brian Jonestown Massacre and Talking Heads.

Not only does A Child of the Jago offer an alternative take on traditional British style, but the brand also brings diversity to our increasingly repetitive society, and is truly a mirror image of Soho.