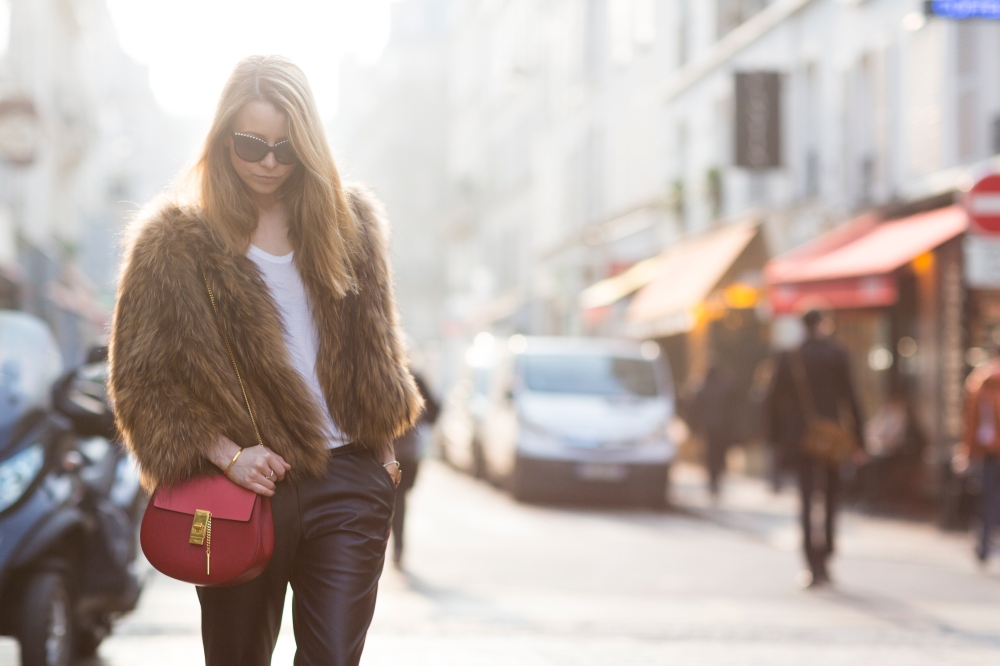 The style connoisseur and embodiment of classy French minimalism revealed her thoughts on a range of personal, artistic and cultural tastes, from subversive designers Alexander McQueen and Raf Simons, to Russian social realism writer, Dostoevsky.

Madame Soho: Hi Caroline, nice talking to you again. Can we begin by asking you where you are from?

Pardon-my-Obsession: Hi. I am originally from Annecy in the French Alps, and I moved to Paris five years ago for my studies.

P-m-O: I had an amazing childhood, very carefree. However I couldn’t imagine myself living anywhere else but Paris, London or NY, as I need to be in a big city. Even when I was a child, I realized I wanted to see the world, and I remember telling my parents I was always bored.

MS: When did you first become interested in fashion and style?

P-m-O: Very early on, but not in the typical ‘girly way’. I was a tomboy, and I refused to wear dresses. I was in tight pants most of the time, and I used to fight with my mother who wanted to dress me in colors, while all I wanted to wear was grey, black and taupe. My mother has always been a great influence, because she was (and still is) one of the most stylish persons I know. Even when she went to work (she is a doctor), she always made that little effort to look immaculate, and I think it’s important to take good care of yourself.

MS: Which designers inspire you most? 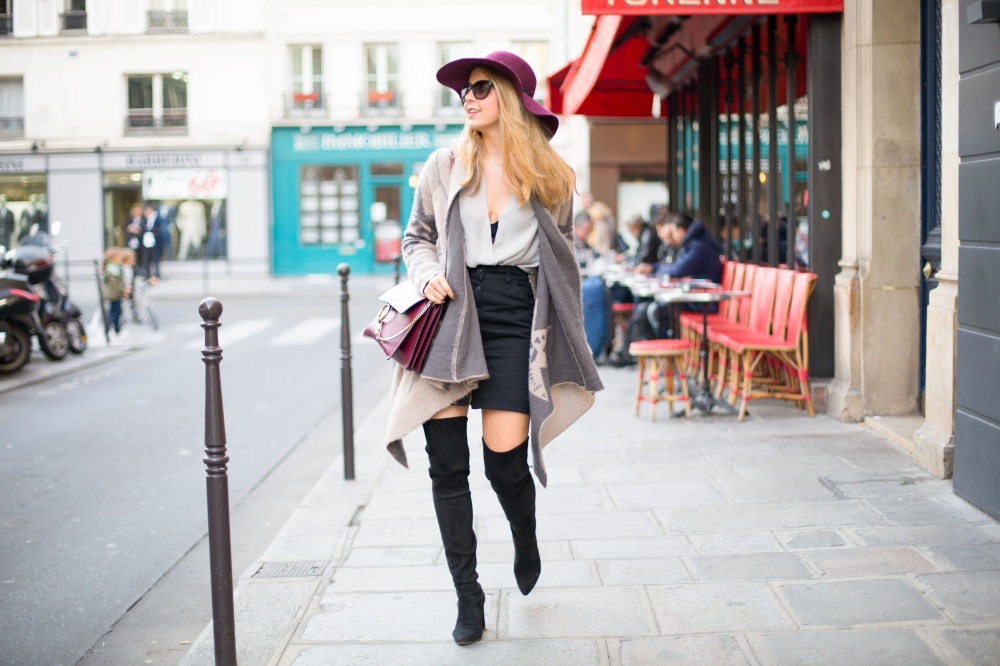 MS: Are you interested in the artistic and cultural references drawn on by designers such as Raf Simons and Alexander McQueen?

P-m-O: Of course ! I believe fashion is not superficial at all, it has such a huge cultural impact, and I think we shouldn’t underestimate it. Alexander McQueen was a true artist, not just a fashion designer. Having a vision, and changing the way people dress is something that has always impressed me, and this is what I love about fashion : it’s not all about what you buy and what you show, but it’s a sign of our times, what we have found to express ourselves and our creativity.

MS: When we met you at London Fashion Week, I asked you if you thought Soho as a stage for the event was more culturally significant than Somerset House.  What do you love most about Soho ?

P-m-O: In my opinion, Soho represents what we call the London spirit. It’s free, it’s joyful, it’s dynamic, it’s creative… I love this place because it gives me so many ideas : people dress like they want, and not how they ‘should’, and it’s very liberating !

MS: Which part of Paris is most similar to Soho ?

P-m-O: It’s quite hard to say, as London is different from Paris. I would probably say Le Marais, although it’s not entirely similar either.

MS: Which piece of music, art and literature inspires you most?

P-m-O: Surprisingly, I am very classic when it comes to art : I love La Renaissance much more than modern art, and I almost only read the big classics of literature (my favorite books are Madame Bovary of Flaubert, Le Rouge et le Noir of Stendhal, and Crime et Châtiments of Dostoevsky).

MS: What is the hottest fashion trend in Paris right now?

P-m-O: In Paris, we don’t follow trends, so I won’t tell you what’s hot right now. Just follow your own style, and incorporate little elements from the shows. However, the Gucci fur loafers are on everyone’s feet !

MS: What were your standout moments of PFW SS16?

P-m-O: I’m such a fashion fan that every time I go to a show, it’s magical. I never thought I’d be able to work in fashion one day, so being here is always a ‘pinch me’ moment. I have to say that the Kenzo show is still the highlight of my FW. 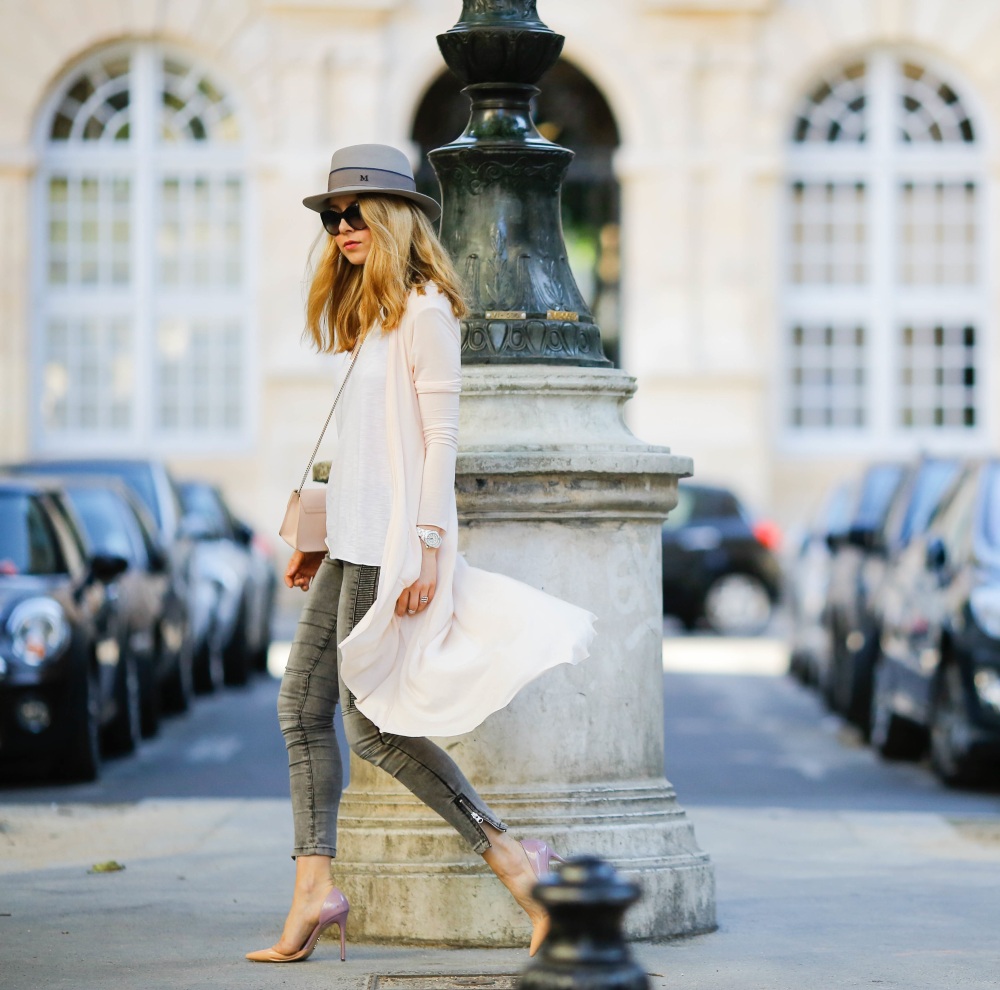 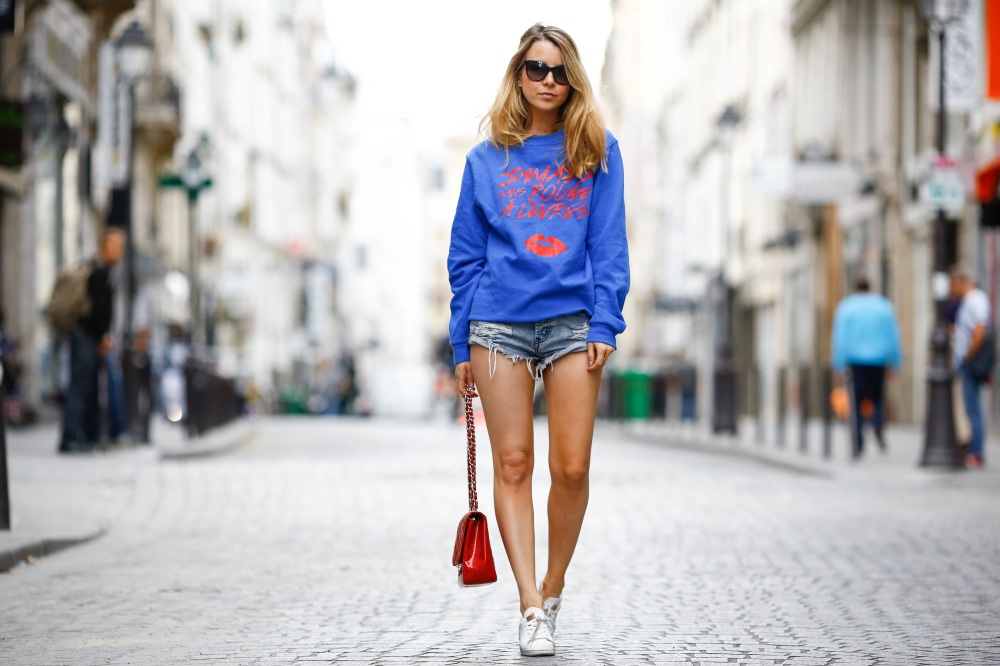 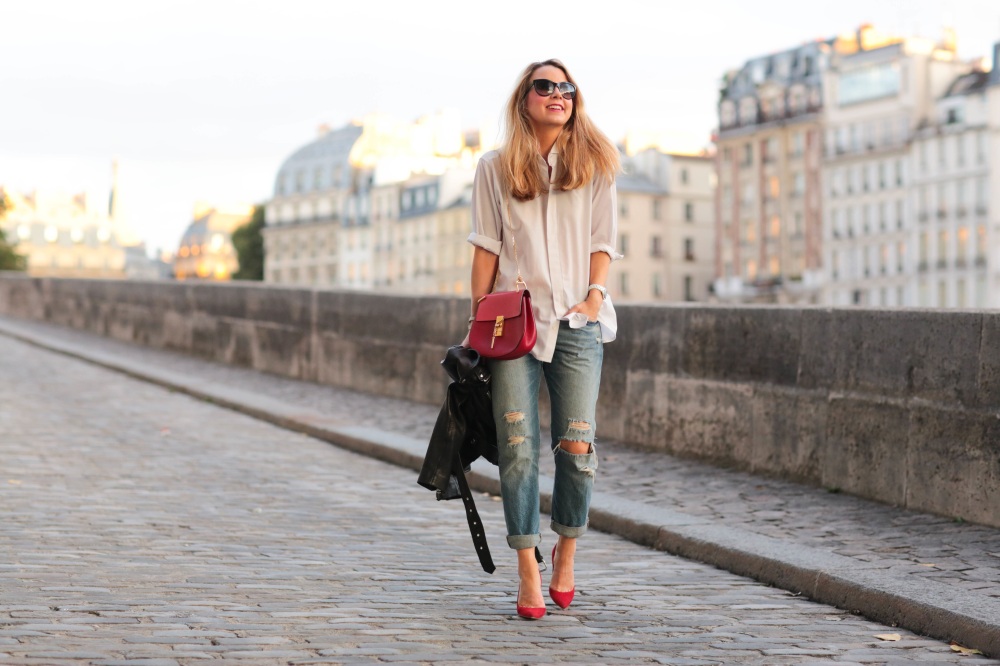