Craig Green presented his autumn-winter 2016 collection at the Topman Show Space in London displaying why he is at the cutting edge of innovative British menswear design.

The London born, Central Saint Martins graduate revealed a number of looks which marries the designer’s signature uniform and function with colour and creativity. Olive green utilitarian outerwear pieces were given a twist, reinterpreted and assumed voluminous silhouettes, while other pieces consisted of golden brown, oversized culottes and spacious tops with rope weaved throughout. 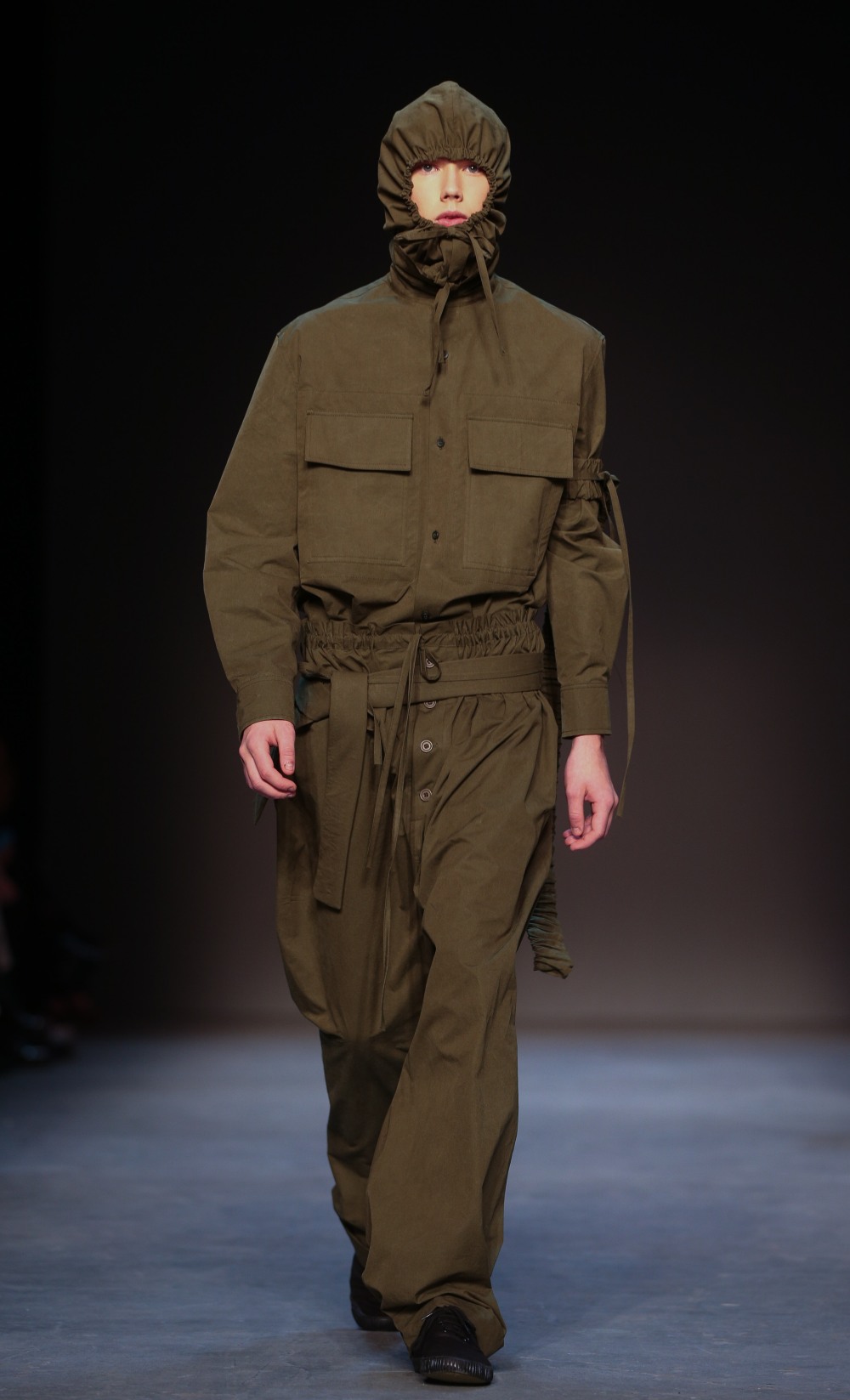 All Photos by Ki Price Words by Ray Kinsella