Amidst the rigid, authoritative buildings of Whitehall and the establishment, a small army of photographers and journalists lurk, waiting to steal a glimpse of the fashionistas, artists and creatives about to roll into the space for Alexander McQueen’s show at London Collections Men autumn – winter 2016.

And it’s sublimely ironic that the late designer, who embodied the spirit of a true punk, should be showing in such a location that’s symbolic of the ruling order. McQueen spent much of his career rewriting the fashion rulebook while pushing the boundaries of perceived cultural norms – he not only styled a generation and helped change the way men dress, but also penetrated social consciousness and how we perceive beauty.

The show itself encompassed all the usual McQueen flair – the designer’s team presented his trademark, subversive sensibility of taking razor sharp tailoring and using it as the canvas for a work of art. Artistic floral prints were splashed all over jackets and trousers, and rich camel and brown constituted a precisely cut overcoat which was graced with butterflies. Blacks and reds were juxtaposed on other pieces, while a immaculate dinner jacket was the silhouette for a intricate, silver and black paisley pattern.

Ever the blender of the high and the low, it is fitting for McQueen’s show to be in such a setting emblematic of the mainstream – his legacy has infiltrated numerous institutions of power across the globe. 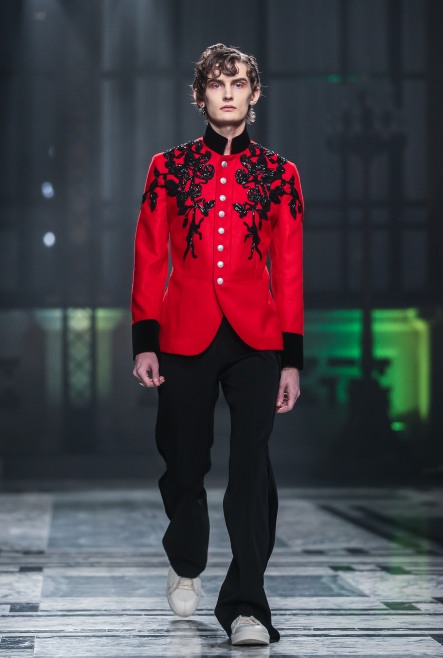